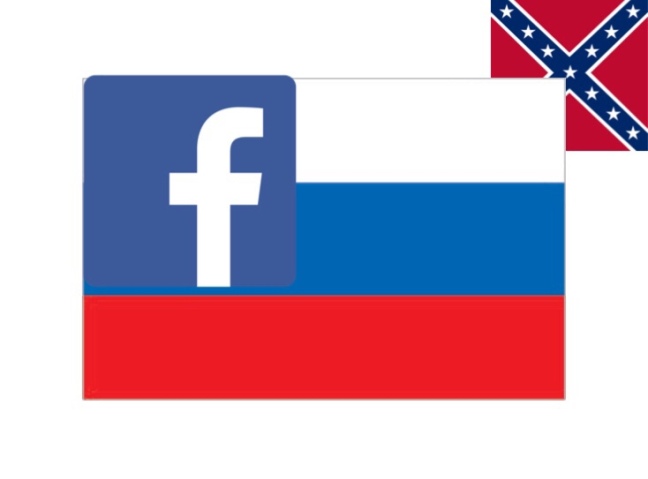 How do you get from Facebook data-mining to a resurgent Confederate identity in the United States? You can count the steps on one hand.

Start in Britain with an ambitious data analytics firm eager to get into US politics. Add Steve Bannon, of the alt-right news site Breitbart. The firm, Cambridge Analytica, identifies an alienated group of young, white, conservative, Americans open to racial appeals. This group of voters also happens to be partial to Russian president Vladimir Putin and his authoritarian ways.

Third, add in Russians looking to influence the 2016 presidential election. The Russians wage their propaganda campaign through a front, the Internet Research Agency, supplying explicitly Confederate-themed misinformation, which by any normal rationale would also appeal to the white, conservative voters already targeted by Cambridge Analytica and the Trump campaign.

Fourth, this Russian propaganda is picked up by actual Americans on Facebook and Twitter, especially in southern states like Texas and Tennessee, as well as swing states like Pennsylvania. It’s a one-two angit-prop campaign, combining old-school Russian misinformation with high-tech “psychographic” targeting via the Cambridge Analytics work.

Presto — a remarkable surge in conservative, white identity, especially of the Confederate variety.

You can follow the links above to see how it all adds up. Or you can read just these four paragraphs from a Washington post story about Cambridge Analytica:

The year before Trump announced his presidential bid, the data firm already had found a high level of alienation among young, white Americans with a conservative bent.

In focus groups arranged to test messages for the 2014 midterms, these voters responded to calls for building a new wall to block the entry of illegal immigrants, to reforms intended to “drain the swamp” of Washington’s entrenched political community and to thinly veiled forms of racism toward African Americans called “race realism,” he recounted.

“The only foreign thing we tested was Putin,” he said. “It turns out, there’s a lot of Americans who really like this idea of a really strong authoritarian leader and people were quite defensive in focus groups of Putin’s invasion of Crimea.”

There is, of course far more to say on the subject. But you can count the steps from Facebook campaign research to Confederate identity on one hand, without getting to your thumb.